Just a few weeks before starting work on his mighty War Requiem, in February 1962, Benjamin Britten wrote to his friend, the German baritone Dietrich Fischer-Dieskau:

“I’m writing what I think will be one of my most important works. It is a full-scale requiem mass for chorus and orchestra in memory of those of all nations who died in the last war….”

SWCS and Harlow Chorus will unite for this Armistice Day performance of Britten’s powerful and moving War Requiem. The combined choirs will perform this unique piece with the Choristers of Jesus College, Cambridge, internationally acclaimed soloists and the Chameleon Arts Symphony and Chamber Orchestras.

The concert is supported financially by a bequest from the late Roger Williamson, who sang with both choirs, and from the Essex County Council Small Grants Scheme. 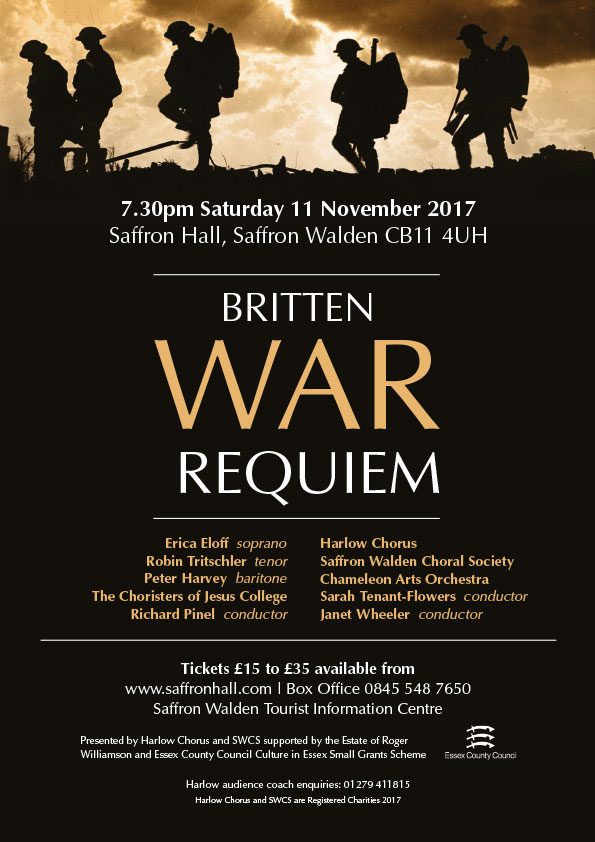