As Associate Conductor of The Sixteen and founding director of Britten Sinfonia Voices, Eamonn brings a wide-ranging experience of choral conducting and a passionate enthusiasm for choir-training to this day-long workshop, for all levels of singers. Using pieces from four different eras by Tallis, Purcell, Monteverdi, Schubert and James MacMillan, Eamonn will help develop a host of skills essential to choral singing at its very best.

Eamonn Dougan read music at New College, Oxford, before continuing his vocal and conducting studies at the Guildhall School of Music and Drama. Informed by his singing, Dougan is an engaging communicator with a passion for Bach and Twentieth Century English repertoire, amongst others.

Eamonn Dougan is the first Associate Conductor of the world-renowned vocal ensemble The Sixteen and has directed the ensemble to considerable acclaim. With the Sixteen he is directing a series of recordings of Polish Baroque music and works alongside Harry Christophers with Genesis 16, the ensemble’s training scheme for young singers. He is the founding Director of Britten Sinfonia Voices, with whom he has conducted a number of world premières including Eriks Esenvalds AQUA and Nico Muhly Looking Forward. He has appeared recently as a Guest Conductor with the Irish Baroque Orchestra, Royal Northern Sinfonia and the Huddersfield Choral Society.

In September 2008 he was appointed a Visiting Professor to the Guildhall School of Music and Drama, London, where he teaches ensemble singing and directs the Guildhall Consort. His passion for choral training is also visible as he leads workshops across the UK and Europe and he has recently accepted the position of Music Director for the Thomas Tallis Society.

He has appeared on disc and the concert platform throughout the world with many of Britain’s leading ensembles and is a member of the multi award-winning I Fagiolini. 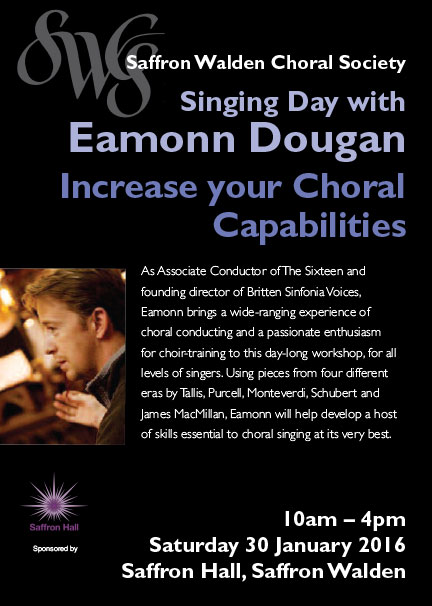